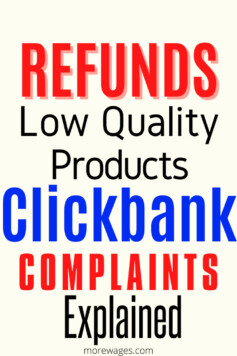 The ClickBank reviews are usually a complex mix of both positive and negative feedback. Here, Clickbank scam complaints are explained so you know what to expect when on this platform.The complaints showing up highlight some of the most common problems people face with the Clickbank market place.They can range from having trouble with customer representatives that are uncooperative to refunding of products without explanation.  Or even a problem with the delivery of products. There is various such kind of complaints. These highlight the operational issues faced by the customers while using the Clickbank market place. All these complaints play an important role in highlighting all the concern areas that need to be paid attention to. Especially when it comes to dealing with an e-commerce giant.

Listed below is a quick rundown on some of the most common ClickBank complaints:

Several of the popular review websites that have included ClickBank reviews seem to highlight this complaint a lot. This example of consumer affairs.com is one of the most recurring complaints about ClickBank. It highlights the lapses in the handling of the customer care representatives. The reviews complain about their uncooperativeness, their inability, or failure to provide satisfactory solutions to their issues. It gets worse when they seem to refer the user from one person to another to find help. This continues until they got tired and just give up.

The customer representatives of any company or website act as the link between the company and its customers. If they are unable to maintain a healthy communication channel with the customer base, it affects the company adversely. And this is what happens in Clickbank.  This is due to the huge communication gap left by the support, ineffectiveness of the customer care representative. Clickbank customers have complained that when they were having some trouble with the site, they had often tried to establish contact with the Clickbank representatives. But more often than not, they were not able to establish contact with anyone.And when they did succeed in getting someone to answer, the advice and suggestions received that were forwarded were not helpful. It only complicated the problem even more. That is the one sphere where ClickBank has a long list of dissatisfied customers. 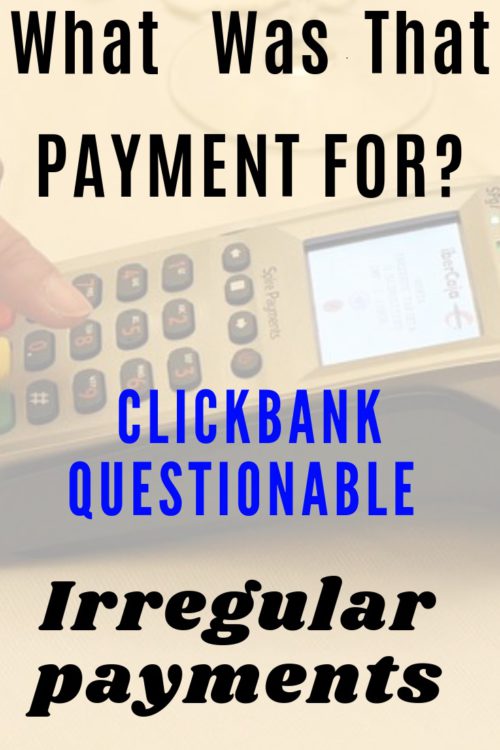 Several of the customer reviews had highlighted another main complaint. That being their product order was canceled. It was done without the permission of the user. The customer only came to know about this development when they received a message from their respective banks about a refund. However, this is not even the main problem. The problem is that it has happened quite many times. And the customer service representatives, as explained above, were no help at all. They had a different explanation ready for each such instance.It leaves the customer confused and completely at a loss. This episode leaves a bitter aftertaste. The experience can and does lead to a negative impression of the brand’s value. This unexplained refunding is indicative of the inefficient delivery module. It also highlights the lack of appropriate screening.Clickbank Cancellation ProblemsIt happens often that you buy something online but change your mind later. What would you do in that case? Usually, you would cancel the order. However, the ClickBank Complaints regarding the simple cancellation tells that it can be a harrowing experience. Although ClickBank support explains on their page that they issue refunds, it`s not as easy as it sounds.There is an apparent lack of proper feedback. The failure of the company to give an appropriate response just adds to the confusion for their customers.According to one complaint, the company has even gone ahead with posting false response allegations. This makes the experience even more bitter on top of the customer dissatisfaction. The customers feel that their concern was not given its due credence. I did write an earlier post on how you can join Clickbank and sell affiliate products, you can read it here if you missed it.

If you are a Clickbank affiliate and selling low-quality affiliate products, be informed you`ll be losing the sales when buyers ask for refunds.

That`s why it`s always important to know the products you`re promoting are quality products, not like this ClickBank product mentioned here.

They allege that the company never contacted them or replied. Due to this, the cancellation requests largely go unheeded or unnoticed.

This could prove detrimental to their business as it is leaving the customers demotivated.

This issue is not just an issue with Clickbank but a possible threat for all types of online consumers. Some complaints reported that the Clickbank was able to hack into their personal computer. The hacking led to the authorization of a payment illegally. If a hacking exercise such as this can help in authorizing an online payment, then the possibility of accessing sensitive information from your computer system becomes real.One reason that leads to this problem is that Clickbank lacks an adequate screening facility that can screen any possible merchant players. There are other ethical alternatives to prevent the possibility of hacking. The other problem with unauthorized payment is the moments where the payment gateway gets frozen soon after you made a payment. Even though you haven’t yet put in the delivery address.This means that the company has received your money but they do not have your address where the product needs to be delivered. And despite repeated attempts to contact the ClickBank customer care and associates, you find no help in resolving the issue.The money can’t be recovered and the product is not delivered. All refunding attempt will bring disappointment. The refund page will freeze as well but the rest of the operations on the website work without any problem. Inaccurate Card Usage

The erratic payment gateways is another issue faced by Clickbank users. Often the credit card payments may not get processed but payment with the same card will go through smoothly with Paypal. This is because the feedback and the response from the Clickbank customer care team are very rare and short. They are hard of any help.This issue only adds to the confusion of the customers. The authenticity of the payment gateway is put under question.This problem if not resolved can very well drive away viewers ClickBank and its associate.Irregular PaymentsUsually, people join Clickbank as a means of alternative source of income. That was the idea behind the creation of Clickbank. But all of this depends solely on how many times you get paid by ClickBank.Most of the reviews claim that Clickbank payments are processed even twice a week. However, the payments are not reaching the users.  The instances of payment delays are just too many to ignore. Many are suffering due to the irregularity as they have given their time and effort to the venture. Many of such users end up believing the ClickBank website to be a scam. Some end up losing trust in the company. Charges On The Bank StatementsOne of the main complaints coming from Clickbank users is the levying of an illegal bank charge. Those who use this payment gateway are levied with unaccounted bank charges. They suddenly show up in their Clickbank user account.There has been no mention of any such charge before. Most of the time the user doesn’t even realize that they have extra charges until they decide to analyze their bank statement in detail.The problems become even more unpleasant with the usual lack of response from the Clickbank’s side. There have been many instances where the customer service representatives have tried to justify the levying of such charges. The user feels cornered. They are hardly left with any other alternative than to accept the charges. International Transactions

Clickbank is a large marketing place selling almost all products you may think of, which means anyone is able to buy or sell on the market place but how do the transactions measure? 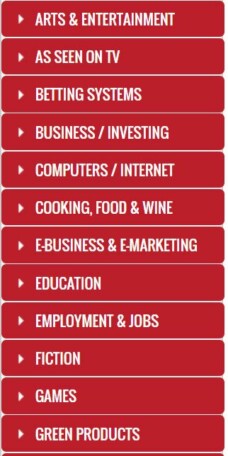 Several of the international transactions also face a similar fate with complaints discussed above.

The cancellation of a product, for instance, would not bring any successful results.

You will end up with a product you have already changed your mind about.

In many such cases, the non-cooperation of Clickbank customer service ends up worsening the problem.

The customers have nowhere to turn to.

They have no alternative to seek help finding solutions to their problems. The customer care representatives suddenly become quiet.

And if they do respond, the reply is half-baked with no satisfying response.

Another often reported ClickBank complaint is that of getting charged for some service.

This is a service you have not subscribed for.

Another thing many do not like is being pulled in with cheap products then find yourself being forced to buy more expensive products to be able to use the first product to its full potential, upsells are to me, a no-no. Upsells are explained here in detail here if it`s a new term to you.

The above mentioned ClickBank complaints give a clear picture of the inefficiency of the customer care representatives. Their repeated inaction or delayed action is the result of a lack of a coordinated response system. Clickbank concept may not be fake but the execution of the whole thing leaves much to be desired. There is a lot of room for improvement.

Now all is not lost, Clickbank does have some good products and affiliates make money with the program.

But if you feel ClickBank is not the place for you because of the complaints, you can join this alternative program that does have very high-quality products and returns are rare.

Thanks for reading this post and I hope it helped you understand more about Clickbank scam complaints and you can make an informed decision if you want to use the platform as a buyer or a seller. 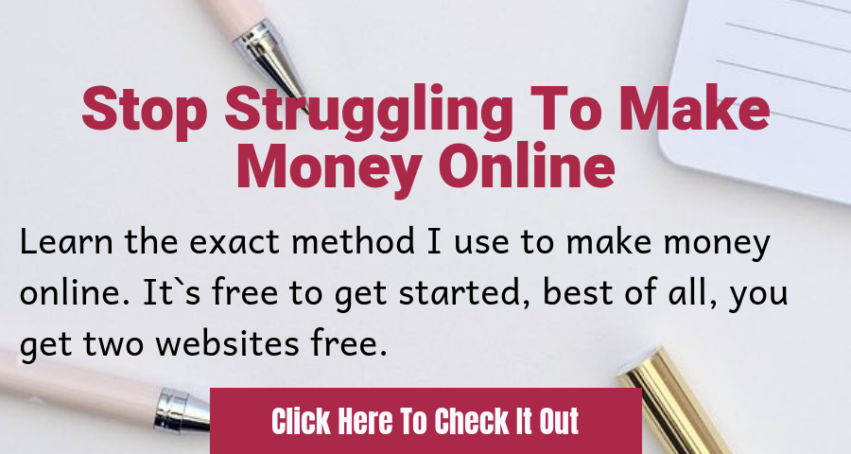